The "Control" function is used to calculate the legal stay in the Schengen Area. Once both of the stays for February-April and May-June 2014 have been entered, click on "Calculate" to determine whether and for how long the person is legally permitted to remain within the Schengen Area: 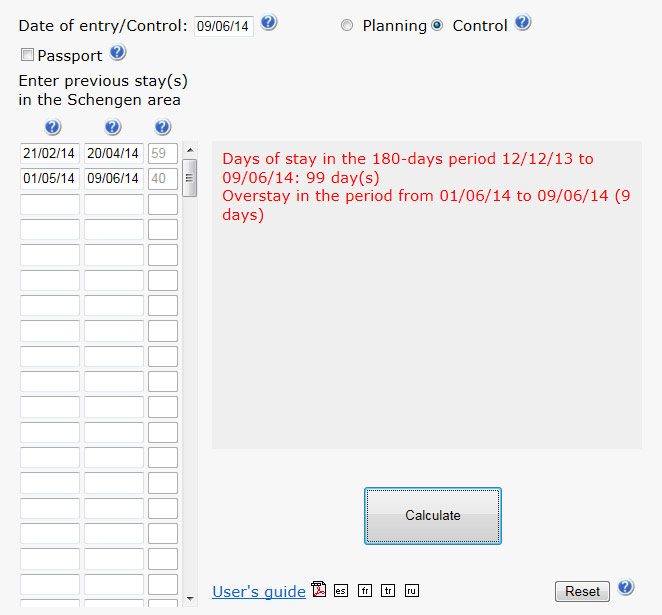 In this example, the person departing on 09 June 2014 has over-extended his stay by 9 days.

This person would like to know whether he may return to the Schengen Area on 30 August 2014, since he has an important meeting scheduled then.

In order to determine whether a person who has already over-extended his/her stay will be able to return to the Schengen Area on a given date:

1. Calculate the 180-day period of reference 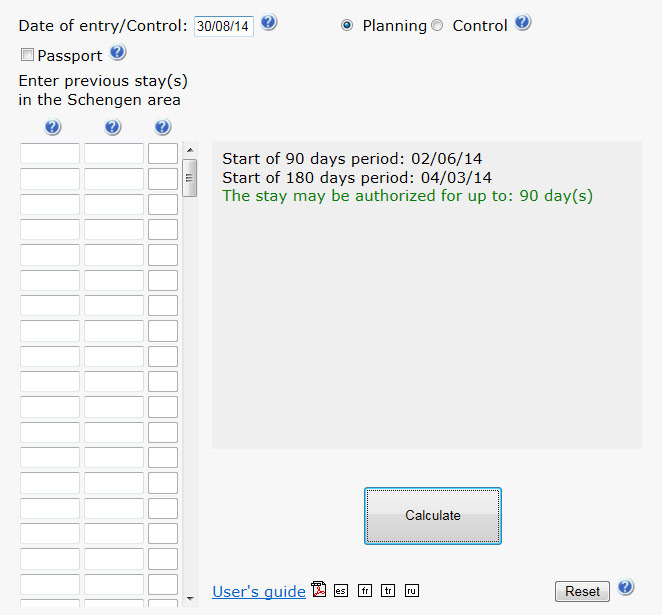 2. Enter the dates of the previous stays,
but only those up to and including the start of the 180-day period; in this case, 04 March 2014 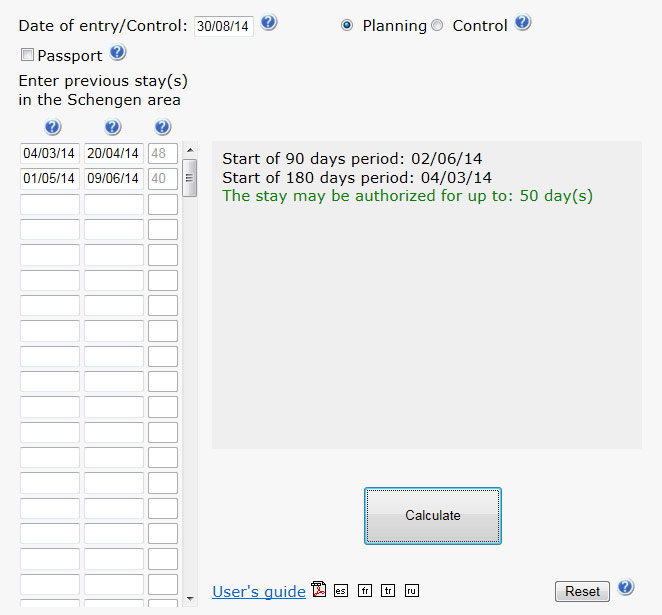 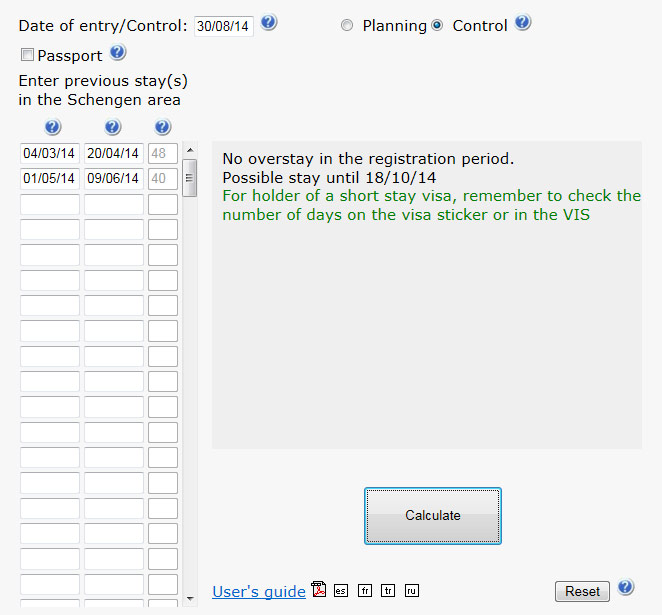 In this case, a return to the Schengen Area would be possible on 30 August 2014 and the person would be able to remain for a period of up to 50 days. 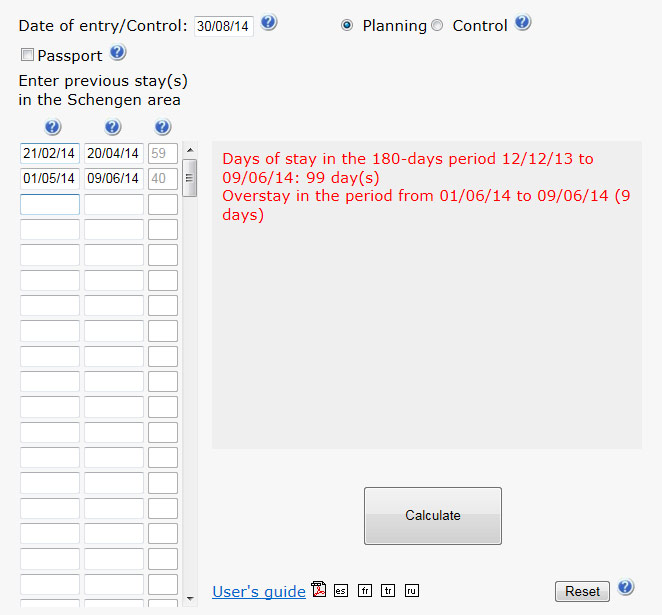 In order to avoid this, use the method described above.