Waiting for the asylum decision 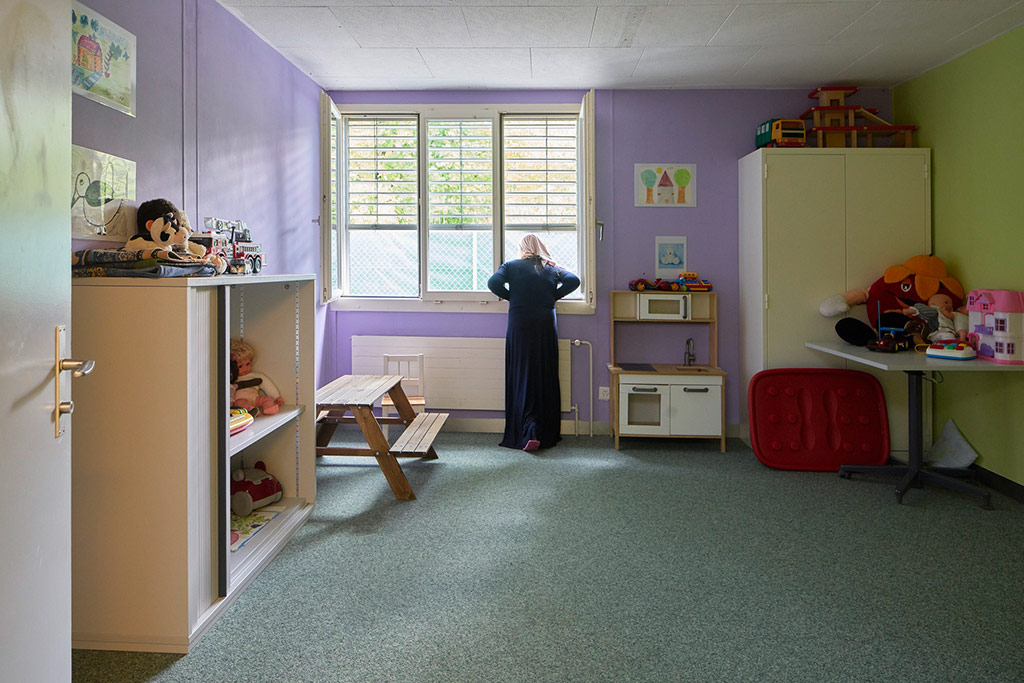 A Syrian woman waits in the federal asylum centre in Embrach (Canton of Zurich) for her asylum decision. (photo: SEM © Gerry Amstutz)

Millions of people around the world are forced to leave their homes and apply for asylum in another country. Some face persecution by their own country’s authorities because of their political views or religious faith, while others flee a civil war or leave their homes because of the catastrophic economic conditions. Switzerland is one of the countries they choose to flee to. It grants asylum to persecuted people and affords temporary protection to those who require it.

The Convention Relating to the Status of Refugees was approved on 28 July 1951 by the UN member states at a special conference in Geneva. Previously there had been no international binding agreement on refugees. However, even before this date Switzerland had been providing protection to people persecuted for their religious and political views for centuries.

Further information on the humanitarian tradition

Swiss asylum law defines who may be recognised as a refugee, on the basis of the terms of the Geneva Refugee Convention. According to these legal principles, refugees are persons who are exposed to serious disadvantages in their home country on account of their race, religion, nationality, political opinion or membership of a particular social group. A person can therefore only be classed as a refugee if they:

The State Secretariat for Migration carefully considers each individual asylum application. The process has been greatly speeded up following the latest amendment to the Asylum Act, which came into effect on 1 March 2019. Switzerland is now divided into six asylum regions in which asylum seekers are registered, their asylum applications checked and most asylum procedures completed.

The Swiss authorities have applied the Dublin Agreement since the 12 December 2008. This association agreement defines the competences of the individual member states with regard to the asylum procedure. The first country in which an asylum request is submitted is responsible for dealing with the asylum request.