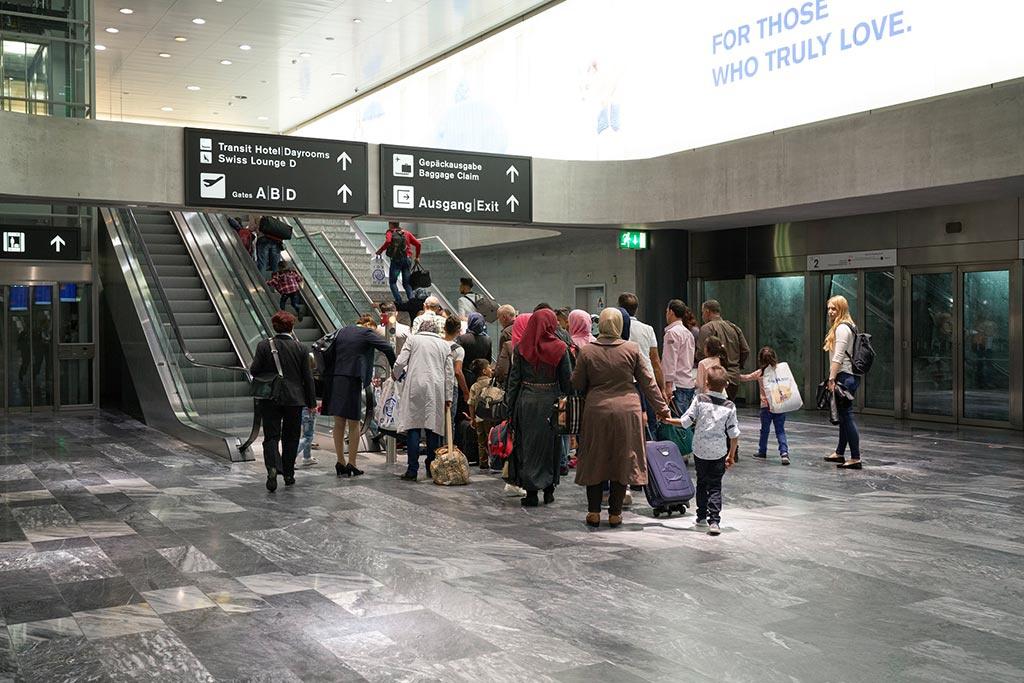 Resettlement is the admission of particularly vulnerable refugees in a third country, where they are granted refugee status and the opportunity to integrate.

Since the ratification of the Geneva Convention in 1955, Switzerland has regularly taken in refugee groups through resettlement. From such quotas benefited amongst others refugees from Hungary, Tibet, Indochina (Boat People), Chile, Iraq, Sudan, Tunisia and former Yugoslavia.

When large numbers of refugees from former Yugoslavia arrived in Switzerland in the 1990s, the Federal Council temporarily suspended the resettlement of refugees.

In the face of the humanitarian crisis in Syria, the Federal Council decided to resume the admission of vulnerable refugees via resettlement in 2013. Since then, based on several ad-hoc decrees, around 4,300 refugees have been resettled to Switzerland by early 2020 in cooperation with the United Nations High Commissioner for Refugees UNHCR.

On 29 May 2019, the Federal Council approved the admission of up to 1,600 particularly vulnerable refugees for 2020/21. Due to pandemic-related delays, only 1380 resettlement refugees entered Switzerland by the end of 2021.

On 19 May 2021, the Federal Coucil approved the admission of up to 1,600 particularly vulnerable refugees for 2022/23. In addition, 220 places will be carried over from the 2020/21 program. The focus continues to be on refugees from crisis contexts in the Middle East and along the migratory route across the central Mediterranean.

(These documents are not available in English)